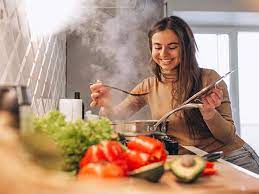 You may eat three meals a day. This is how food is eaten in modern times. We are told that the most important of meals is breakfast. At work there is also a meal break and our social and home life also revolves around meals. But is this three food system healthy for us or not?

Before thinking about how many times a day we should eat, scientists are telling us that we should think about when we should not eat.

There is a lot of research going on right now about intermittent fasting, meaning not eating anything for eight hours in a single day.

Emily Munogan of the Salk Institute for Biological Studies in California has written a research paper on ‘when to eat’.

“Giving the body a 12-hour break from eating a day also gives our digestive system a chance to rest,” she says.

Rosalyn Anderson, associate professor at the University of Wisconsin’s School of Medicine and Public Health, has researched the daily calorie needs of the human body.

She says there are benefits to taking a big break from eating every day. A long break between meals gives the body a chance to repair proteins or fats that have not been digested for some reason. Such diseases are associated with many types of diseases.

Professor Roselyn Anderson says that our bodies have evolved to adapt to intermittent fasting. “This allows the body to store energy in the body and use it where it is needed, and it also activates our body’s energy-releasing system.”

According to sports science professor Antonio Paoli, long breaks between meals improve the body’s utilization of glycerin. Due to less increase in glucose level in the body after eating, the body is able to store less energy.

“Our data show that early dinners increase the amount of time we eat, which has positive effects on the body,” says Professor Pauli.

It’s good if all cells have low sugar levels, because if sugar levels are high, a process called glycation begins. During glycation, the combination of glucose and lipids increases inflammation in the body and increases the risk of diabetes.

If intermittent fasting is beneficial for health, then how many times a day should one eat?

Some experts believe that eating only once a day is the best practice.

‘When there were no fridges and freezers, we ate only when food was provided. In history, man always used to eat one meal at a time.

Siren Cherrington Hollins, a historian of human diet, says that in ancient Rome, only one meal was eaten at noon.

Won’t we starve if we eat once a day? Hunger is often a psychological sensation, says David Levitsky.

When it is 12 o’clock, we start craving for food. You may have a breakfast habit. The data shows that if you skip breakfast, your body will consume fewer calories throughout the day.

However, David Levitsky does not recommend this method for diabetics

But Emily Munogan doesn’t recommend just one meal a day.

She believes that when we don’t eat anything, the amount of fasting glucose in our blood increases, and if this happens for a long time, it increases the risk of type 2 diabetes.

“We need to eat more frequently to keep fasting blood glucose levels low so the body doesn’t get the message that it’s starving and start making fasting glucose in response,” says Munogan. do it

If a large amount of calories are consumed in the early part of the day, it is good for health. Late night eating has been linked to heart disease, digestive system and diabetes.

If you eat more of your food earlier in the day, the body can use all the energy and won’t store it as fat.

Emily Munogan says that ‘very early breakfast should also be avoided. Similarly, eating immediately after waking up from sleep is not good for health and affects the body clock.

Researchers say that the body clock plays an important role in the digestion of food.

Emily Munogan says that the human body produces a substance called melatonin to induce sleep and its release stops the production of insulin. When you sleep, your body produces melatonin, which ensures that your blood glucose levels do not rise during sleep.

If you eat calories at a time when melatonin is high in the body, it increases glucose levels. If you eat too many calories before going to bed at night, it becomes difficult for the body to deal with it and then your body cannot maintain the right amount of glucose.

We know that if the amount of glucose in the body remains high for a long time, it can take the form of type 2 diabetes.

But this does not mean that we should avoid breakfast.

There are evidences that breakfast should be started only one or two hours after waking up from sleep. Remember that the concept of breakfast is a bit of a modern concept.

Breakfast was introduced in ancient Greece, says Cherrington Hollins. He ate bread soaked in wine for breakfast and ate very little during the day. The practice of eating a hearty meal in the evening began in the ancient Greek era.

In the beginning, only the nobles used to have breakfast. Then, after the 17th century, every man of status could afford the ‘luxury’ of a good meal in the morning.

Cherrington Hollins says, ‘What we call breakfast today began in the 19th century with the Industrial Revolution. During this period working hours were also fixed and due to these hours three meals a day became customary.

‘Breakfast for working professionals was usually a very simple meal usually in the form of street food or a slice of double bread.’

But after World War I, when food availability became a problem, many people found it difficult to have a full breakfast and began to skip it.

Cherrington Hollins says that the food we know as breakfast came into vogue in the 1950s. ‘Before this we were happy to eat a piece of double bread with jam.’

Therefore, science says that the healthiest way to eat throughout the day is to eat two or three meals, with long overnight fasts, not eating too early or too late in the day, and more calories during the day. It should be eaten in the first part of the day, it is beneficial for health.

Emily Munogan says it’s best not to set ideal mealtimes, as this can cause problems for people who work irregular hours, such as night shifts.

Munoghan says telling people not to eat after seven in the evening creates problems for people who work different hours.

If you regularly try to starve your body at night, try not to eat too late or too quickly and try to eat less at the last meal.

‘You can see a dramatic change by delaying your first meal a little and pushing your last meal forward. Regularizing it without changing anything else can have a big impact.

Researchers seem to agree that any changes you make should be done on a regular basis and that consistency is key.

3 thoughts on “Should we eat three meals a day?” 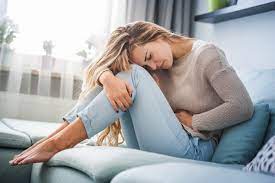 It took us a pandemic and some serious health threats to realise the importance of health over everything else. Man...