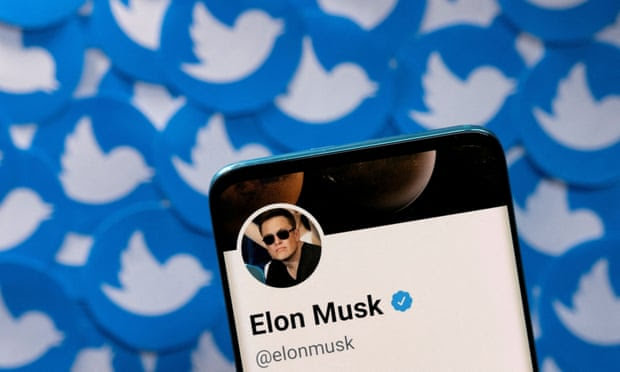 he will know that the richest man in the world is prone to statements that attract attention. Even so, it was remarkable when he told Twitter employees this month that bankruptcy was not out of the question.

Twitter’s owner admitted the firm had suffered a “massive drop in revenue” after campaign groups raised concerns about content moderation standards and warned the company’s remaining staff this month that it could lose billions of dollars next year.

Will the world’s richest man really let an influential social media platform go bankrupt? At least not in the short term, experts say. But Twitter’s main source of revenue is advertisers – 90% of Twitter’s $5.1bn (£4.2bn) turnover last year – and his decision to reinstate banned accounts risks alienating them even more. In addition, it needs the money to service interest costs on the nearly $13 billion in debt it took on to buy the business for $44 billion.

Concerns about hate speech have led to a number of advertisers suspending their spending on Twitter, including General Motors and Chipotle. Musk, a self-proclaimed “free speech absolutist,” brushed aside those concerns last Thursday when he announced a “general amnesty” for suspended accounts starting this week. Among the permanently banned accounts on the platform are Steve Bannon, a former adviser to Donald Trump, right-wing British commentator Katie Hopkins and David Duke, a former grand wizard of the Ku Klux Klan.

“Currently, this looks worrisome for advertisers, given that lifted bans may allow the spread of unwanted content. The burden is now on Twitter to prove that advertisers will be safe when they return to the platform,” says Farhad Divecha, managing director of UK digital marketing agency Accuracast.

Campaign group the Center for Countering Digital Hate said the amnesty would lead to the return of “super hate mongers” and called on advertisers to leave the platform.

A botched overhaul of Twitter’s subscription service, Twitter Blue, made the problem worse by giving users a “verified” blue tick for $7.99. It was a gift some pranksters couldn’t ignore, leading to a flood of fake accounts purporting to represent Nintendo, pharmaceutical company Eli Lilly and US politician Ted Cruz. Omnicom, a major advertising firm, cited the impersonation problem as one of the reasons its clients should suspend spending, along with executive departures and layoffs in Twitter’s trust and security team.

The shaky picture of Twitter’s revenue — lacking advertising and struggling to grow subscription revenue — was compounded by warnings from the company’s former head of trust and security, Yoel Roth, that Twitter’s presence in Apple and Google’s stores was vital to the business. This month, Roth raised the “catastrophic” prospect of Twitter violating Apple and Google’s app store guidelines, risking its exclusion from their app stores and cutting off billions of potential users.

Roth’s warning became clear on Monday when Musk claimed that Apple had threatened to pull Twitter from its app store. A few days ago, Musk responded to a Twitter user who raised the prospect of Apple and Google removing Twitter from their app stores. He wrote on Twitter: “I sure hope it doesn’t come to that, but yes, if there’s no other option, I’ll make an alternate phone.” It might be easier to follow Apple’s guidelines that apps must not produce content or behavior that we “believe is over the line.”

On the flip side of income uncertainty is debt—a lot of it. Twitter’s debt burden outweighs the company’s uncertain revenue. Musk raised nearly $13 billion in debt from a consortium of Wall Street banks to help meet the $44 billion purchase price. He put in more than $20 billion of his own money, along with $7.1 billion from associates and about $4 billion from his existing Twitter stake. Banks created the rest, and that debt now sits on Twitter’s balance sheet.

Twitter’s interest expense will be about $1.2 billion a year, says Jordan Chalfin, senior analyst at credit research firm CreditSights. He adds, “It’s imperative that Twitter grow revenue and increase margins in order to grow into its capital structure.”

One proxy for Twitter’s ability to pay that interest is cashflow. In its most recent annual results as a publicly traded business, Twitter generated negative free cash flow (spending more money to operate the business than it takes in) of $370.4 million. In its latest quarterly results for the three months to June 30, 2022, it had a negative cash flow of $124 million. At the same staff meeting in which he warned bankruptcy was possible, he reportedly said the company could have a “net negative cash flow of several billion dollars” next year. This is why bankruptcy is a possibility in Musk’s mind.

The stark reality of Twitter’s financial situation is offset by the fact that the anti-hero of many in the story so far is more than capable of playing savior. After all, Musk is the richest man in the world. According to the Bloomberg Billionaires Index, Tesla’s CEO is worth $180 billion.

Much of that wealth comes from Musk’s huge stake in the electric car company. Calculations by Ben Silverman, director of research at VerityData, show that Musk’s Tesla stock, including exercisable options, is worth $124.7 billion based on the Nov. 23 share price of $183.20. But that includes $49 billion worth of stock pledged “to secure certain personal indebtedness.”

CreditSights’ Chalfin says he thinks Twitter is unlikely to go down in the short term. “Short bankruptcy is highly unlikely because there is implicit backing from Musk to protect his substantial equity investment.” Twitter has $2.7 billion in cash on its balance sheet to help pay interest.

In the near future, Twitter should have no problem meeting these obligations,” says Drew Pascarella, associate professor of finance at Cornell University. “The company has a large cash balance that it can draw on for this purpose.”

Musk also cracked down on Twitter’s costs, which totaled $5.6 billion last year. Within days of taking over the company, he laid off half of the company’s 7,500 employees. Another 1,200 employees left, according to the New York Times, as a result of Musk’s ultimatum that remaining employees pledge to be “hardcore” or quit. Pascarella estimates the savings to the coast from the reduction in staff will be about $560 million. Musk also reportedly hopes to save $1 billion a year on infrastructure costs like data servers.

“While laying off half the staff, it seems he was focused on reducing cash costs so that the company itself could generate cash to cover interest costs,” says Pascarellla. “Of course, there is no cash without sufficient revenue, even if expenses are brought under control. Twitter’s revenue generation, from advertisers and potentially from subscribers, is currently a question mark.”

On Sunday, Musk tweeted images from a company presentation showing that Twitter’s daily user base had grown from more than 237 million at the last official count to nearly 254 million. Advertisers and app store owners are not immediately focused on user growth, but on the growth of content that crosses borders.

• This article was amended on 29 November 2022. An earlier version incorrectly stated Twitter’s negative free cash flow in its latest annual results as $370.4 billion instead of $370.4 million. 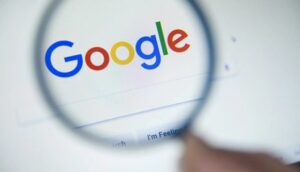 Previous post Which celebrities were searched the most on Google in 2022? 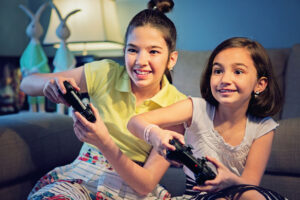 Next post Are There Cognitive Benefits of Video Games for kids?