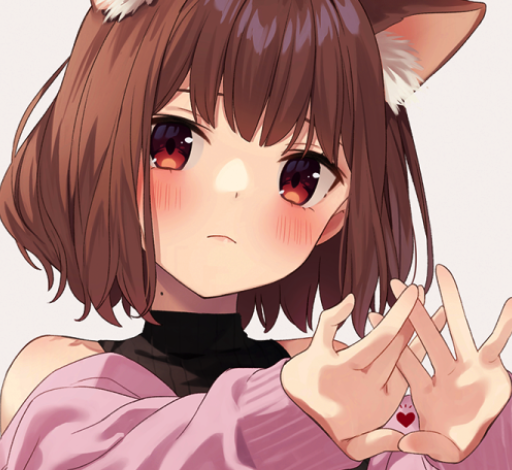 One of my favorite topics to talk about is anime. Anime has taken over my free time in this quarantine and opened up a whole new world of animation and even culture to me. As someone who didn’t grow up with anime, I wasn’t influenced by the common tropes in the medium as a young girl. However, now as a young woman and majoring in women’s studies, I tend to analyze the representation of women in any form of media, especially anime.

Pretty much every anime fan has seen at least one show that exaggerates the body proportions of a female character. In some cases, animators go so far as to create scenes to overexpose female characters’ body parts as “fanservice” for male viewers. The disturbing part is not only the effect it has on young female viewers, but also the fact that these characters are often teenagers. Additionally, depictions of women in anime are often derived from Japanese beauty standards.

As someone who wants to travel to Japan, the idea of ​​being shamed for my body type is a little disconcerting. From reading various reports from foreigners who have traveled to Japan and received harsh criticism for not conforming to the traditional Japanese body type, I can only imagine the effect this can have on a person’s self-esteem. In Laguna Levine’s article “Being Fat in Japan,” she describes her experiences living in Japan and dealing with negative reactions to her weight. Through these experiences, he recognized the problem of body weight in Japanese culture, where most people judge others based on their appearance. For example, he mentioned buying a shirt for his younger brother. When Levine asked for a size large, a store associate brushed him off and said he should go to a specialty store for people his weight.

Sizing in Asia tends to run on the smaller side. I write this from experience as I have dealt with the pain of trying to fit into an Asian Medium, which is the equivalent of a US Small. The Asian standard of beauty emphasizes weight and body proportions. T-shirts and blouses are usually smaller on top, which can cause problems for larger-chested women.

How are female bodies portrayed in anime?

When I choose anime to watch, I usually choose based on the plot and become a fan of the show because of that. Still, when I started watching different shows, I noticed that most of them had at least one female character who was the target of jokes. For example, in Fire Force, a relatively new anime, one of the female characters, Tamaki, is supposed to be strong, but is the victim of too many sexual scenes. Her role in the show is diminished by her constant exposure. One example would be her frequent destruction of her uniform, which reveals her 17-year-old body. Not only is it offensive, but it puts an image in young girls’ minds of what their bodies should look like.

Another case can be found in Fairy Tail, an anime focusing on two mages who are part of a wizarding guild. In Fairy Tail, every female character is sexualized. From the deuteragonist to the supporting characters, we see women defined by slender bodies and exaggerated busts. While this is seen as a desirable goal, some characters such as Lucy are ridiculed for “putting on a few pounds”, reinforcing the idea that normal and healthy bodies are inadequate or unhealthy.

Many animators and mangaka’s excuse for sexualizing these characters is that it is their duty as artists to give the fans what they want. In this case, this one-sided fan service only highlights the inequities in representation. Female audiences are given strong and capable characters, but instead of being loved for those reasons, these characters are dressed in provocative clothing and humiliated because of their body types.

The correct representation is…

Ignoring predisposed societal standards and creating characters as complex individuals rather than one-dimensional sex objects. Alexis Brazier of Technique wrote about her dismay at seeing women in anime represented so crudely. Sitting in the audience of an anime club meeting surrounded by mostly men, she became aware of the disparity in representation within the anime medium. I connected with Brazier’s experience and opinion because as an anime lover, the trope of sexualized women is repetitive and most importantly repulsive.

Creators need to understand that more and more women are starting to watch anime. The Artifice noted that half of the people who attended the North American Anime Convention were women. As women begin to dominate the anime audience, it would be beneficial for mangakas to focus on building strong female characters. To give mangaka the benefit of the doubt, I understand that as a writer it’s easier to stick to tropes or societal standards, but as creators it’s their duty to do right by the audience and represent them accurately. The most important thing is that it is not that difficult. Take Sailor Moon as an example. The anime emphasized the strength of several female characters and did not rely on inappropriate costumes to build an audience. Thanks to this, anime became popular not only in Japan, but all over the world.

As an audience, we may not be able to change the fabric of society, but we do have the power to change the way we perceive ourselves in the media. I encourage you to look at the different forms of media available to you and ask yourself, “Does this really represent who I am?